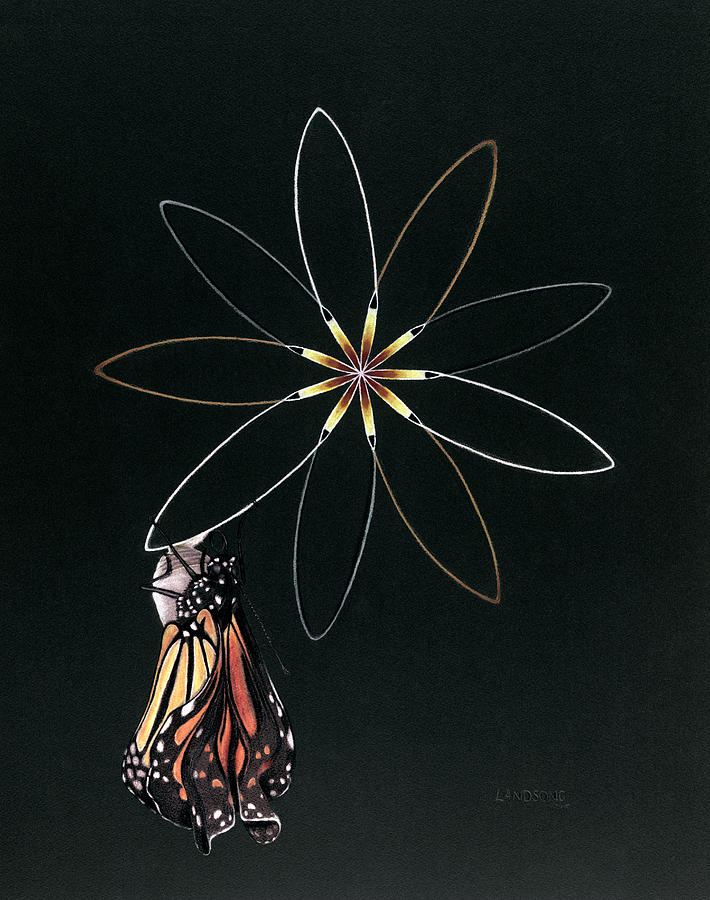 I had a dream where a door opened into a view beyond what we can normally see on Earth. Through the door I saw four monarch butterflies that were over three feet in height. In the dream I knew they had a powerful message for me about the simplicity of birth, midlife, death, and crossing over to the other side. This is the first of the four representing birth. The mandala in the center represents the portal from which the butterfly came. There are stories that originally humans could see into the spirit world, but the humans became confused. So the gods decided to put a veil between the living and the those who had crossed over to the other side. In this drawing the portal is closed so the butterfly can commit to being here in this physical world.

Thanks, After I drew this I thought why have I never drawn a monarch on black paper before. It was so enjoyable to draw shades of the wing with the contrast on black.