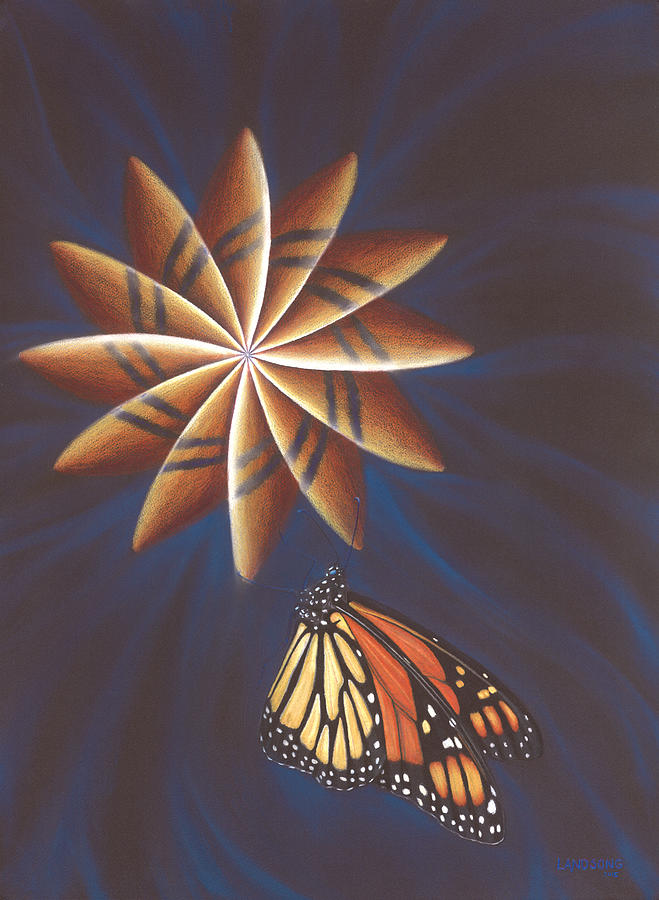 This Drawing is the second of four in the Monarch Butterfly series that was inspired by a dream where I thought I was outdoors but realized I was actually in a large domed space. A portal opened in the side of the dome, and I saw four Monarchs that were 3 feet in height. I took this dream as instruction to draw four drawings of birth, mid-life, dying, and a celebratory mandala of the other side of the veil. This third butterfly represents mid-life when the portal is closed so we can focus on our life in our physical body and commit to our experience as a person. It is said in the beginning the veil between the living and the deceased was so thin that living people became confused. The Gods saw this problem and created more boundary between the two.

Congrats for your sale!

Congrats for your sale!